Signup pop-ups are hugely controversial despite the fact that in most cases they have proven to convert far better than non-pop-up methods. The controversy is based on two main factors, the first being that the pop-ups are generally super annoying because they interrupt the user’s activity on the page, and the second is that although pop-ups tend to collect more email addresses than a passive sign-up, the theory is that the quality of addresses collected is poorer on the whole, and that subscribers who sign up via pop-ups are not as engaged or long-lasting as those who seek out non-pop-up forms on their own in order to subscribe.

There isn’t a lot of evidence to support or discredit this theory either way, so for marketers who are already using a signup pop-up or considering implementing one, bear in mind that in order to minimize the “annoyance” factor you need to make sure that the pop-up experience is as appealing as it can possibly be. Here are some examples to inspire you: 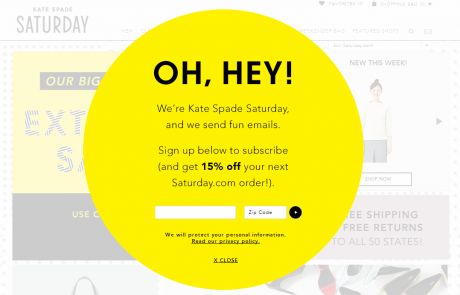 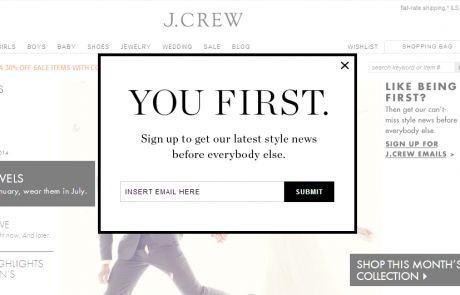 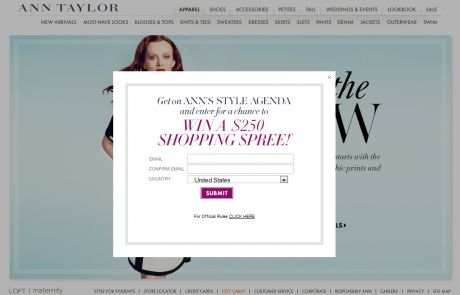 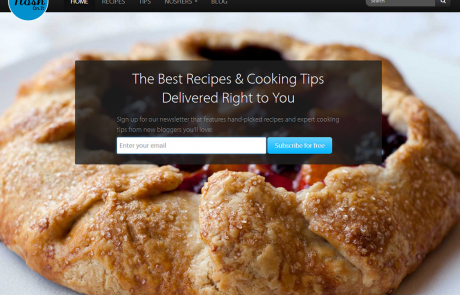 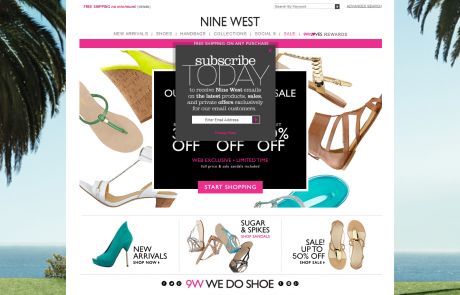 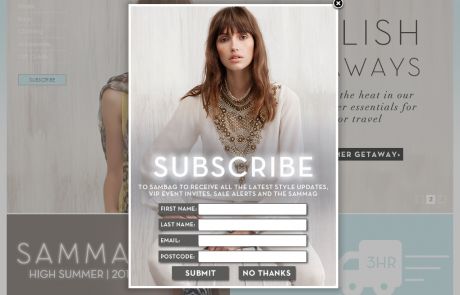 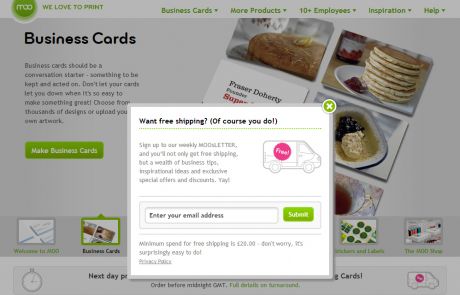 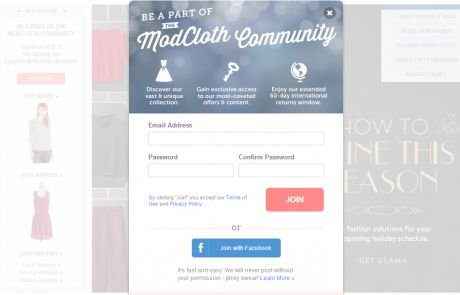 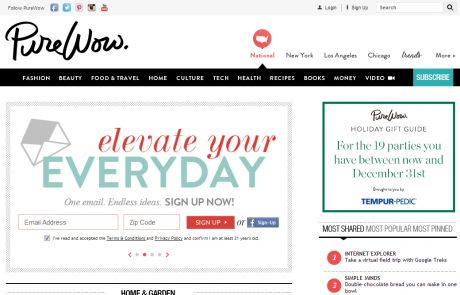 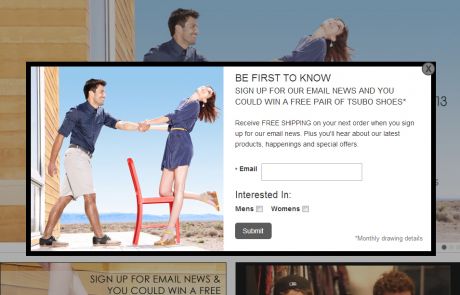