Phrasee: This is a BIG deal (Standout Email – Copywriting)

Phrasee: This is a BIG deal (Standout Email – Copywriting)

The screenshot below is of an excerpt from an email by Phrasee CEO Parry Malm (you can read the full post here).

This email is cool on so many levels. For starters, it’s hilarious, which you normally wouldn’t expect from an announcement about a round of VC funding. Only goes to show – B2B emails needn’t always be written using a very ‘proper’ corporate tone just because that’s what’s customary (eek, ‘customary’ in B2B is so not the new black).

Parry’s conversational style and humor literally makes you want to read from beginning to end (or top to bottom, if you will) and his excitement over what’s in store for his company as a result of this new funding begins with the subject line (hence the “BIG deal”) and exudes through each of his answers to his own interview questions. It’s also delightfully evident in the animated GIF used at the top of the email and in the photo of the Phrasee team at the bottom, which isn’t visible in the excerpt below but adds such a lovely feel to the whole email.

Incidentally, Phrasee’s regular newsletters are also written brilliantly. I always open them because aside from the content which is particularly useful to me (being an email marketing fiend and all) I also know I can always count on some funnies. 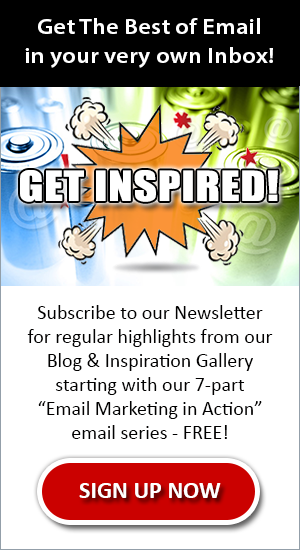